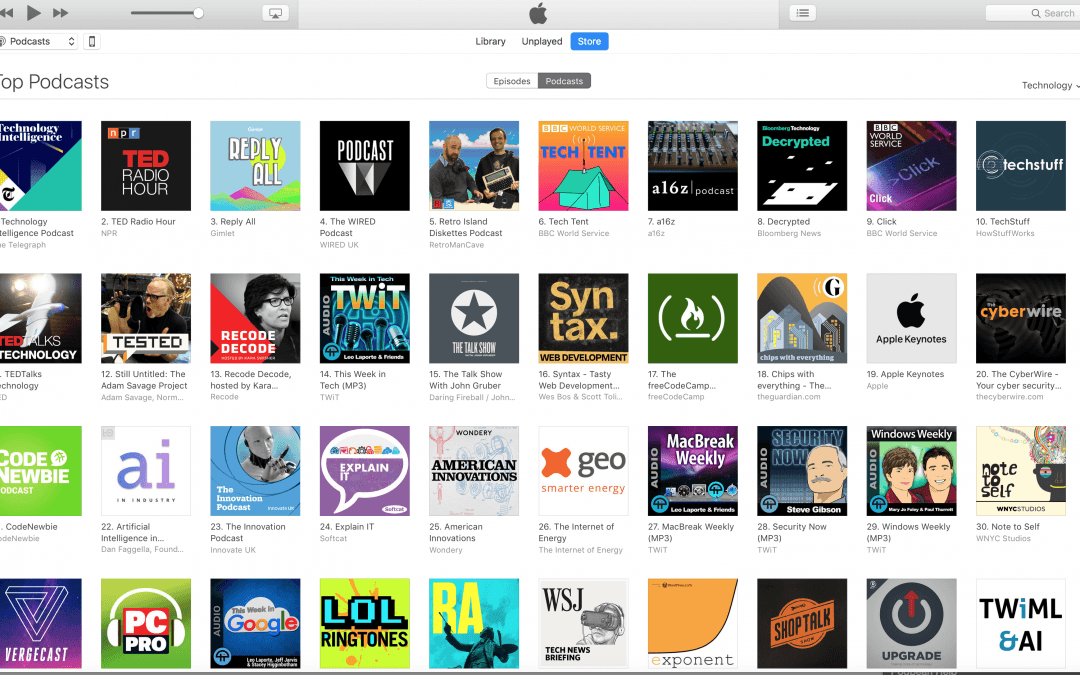 From February through to the end of May, I produced a six-part podcast series for The Telegraph newspaper, as part of their Technology Intelligence initiative. Working with journalist Harry De Quetteville as host, the series explores the future of technology across six different sectors:

In each episode, we interviewed three entrepreneurs to hear how they are introducing innovative technology to their industry, and how that’s disrupting traditional practices, as well as to hear where they think technology might lead the sector in the future. In each episode, these at times enthusiastic views are then underpinned with those of an academic who specialises in the development of that particular field, to both provide history context and remind us of the ethical or environmental considerations which can be overlooked.

It was fascinating to hear insights from various leading entrepreneurs and innovators including:

We were delighted to top the Apple Podcasts Technology Charts in May. And to reach no 24 in the overall chart! It will be interesting to see how the series develops, as moving forward, there might be a couple ways to develop the series. Firstly, to continue with the current structure of three entrepreneurs and an academic allows for many contributors, which ensures each episode is informative and packed full of many ideas and views. Each episode acts almost as an audio report, allowing the listener to learn about both the broad tech innovation developments within a sector as well as occasional case-studies on very specific areas.

A second option would be to adopt a structure which is perhaps less ambitious in terms of the amount of content covered per episode, but allows for more storytelling elements, shifting the focus from an overview of a sector, and instead focuses in on a specific innovation, or development, identifying what the story at its core is, and then sourcing contributors to tell the various sides of that story, allowing time and space to build tension, introduce jeopardy, reveal the personal stories and emotions that are/were integral to the tech story itself.

Many thanks to Harry De Quetteville as host,Rob Owers and Andy McKenzie on exec’ing the series, Alex Wotton as researcher, and David McGuire for the initial introduction.

You can listen to all episodes of Technology Intelligence Podcast series one here.